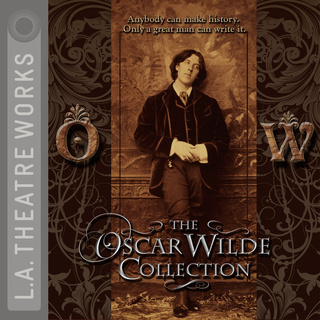 The Picture of Dorian Gray
One of the great classics of contemporary Western literature. Dorian Gray, an effete young gentleman, is the subject of a striking portrait by the artist Basil Hallward. Gray's narcissism is awakened, and he embraces a lifestyle of hedonism and casual cruelties. Increasingly consumed by his own vanity, he is forced to confront his true inner-self, in a manner that is as shocking as it is terrifying.
More information about the audiobook:
Publisher: L.A. Theatre Works
Published: 2010-06-01
ISBN: 9781580817547
8H 22Min
English
4.53
Category: Lyric Poetry

Ever Yours, Oscar: Selected letters by Oscar Wilde performed by Brian Bedford