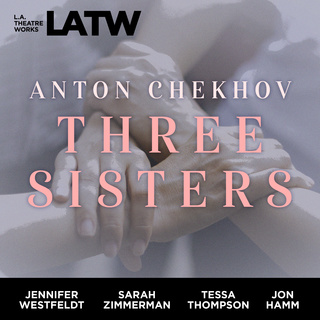 Author: Anton Chekhov
Narrator: Rebecca Mozo, Josh Clark, Sarah Zimmerman, Dan Donohue, Josh Cooke, Jennifer Westfeldt, Pamela Dunlap, Tessa Thompson, Marc Halsey, Robert Pine, Reid Scott, Jon Hamm
Format: Audiobook
2H 2Min
English
4.67
Meet Olga, Masha, and Irina, warm and cultured young sisters who were reared in the exciting hubbub of Moscow, but have been living in the dull, gossipy backwaters of Russia for far too long. With their father's passing, and the ordinary grip of day-to-day life slowly suffocating them, the urge to return to the city with its rich and exciting life rises to a fever pitch. First performed in 1901, Three Sisters beautifully mixes humor and heartbreak and is a perennial favorite of actors and audiences alike. Translated by Christopher Hampton.