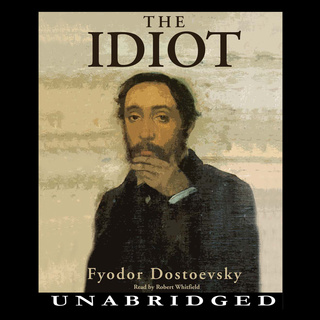 Author: Fyodor Dostoevsky, Fyodor Dostoyevsky
Narrator: Simon Vance
Format: Audiobook & E-book
22H 31Min
English
3.99
In The Idiot, a saintly man, Prince Myshkin, is thrust into the heart of a society more concerned with wealth, power, and sexual conquest than the ideals of Christianity. Myshkin soon finds himself at the center of a violent love triangle in which a notorious woman and a beautiful young girl become rivals for his affections. Extortion, scandal, and murder follow, testing the wreckage left by human misery to find “man in man.”

The Idiot is a quintessentially Russian novel, one that penetrates the complex psyche of the Russian people. “They call me a psychologist,” wrote Dostoevsky. “That is not true. I’m only a realist in the higher sense; that is, I portray all the depths of the human soul.”
Translator: Constance Garnett
More information about the audiobook:
Publisher: Blackstone Publishing
Published: 2009-08-24
ISBN: 9781483089102
More info about the ebook
Publisher: Interactive Media
Published: 2012-10-15
ISBN: 9781909438682
22H 31Min
English
3.99
Category: Crime
روايات الجريمة