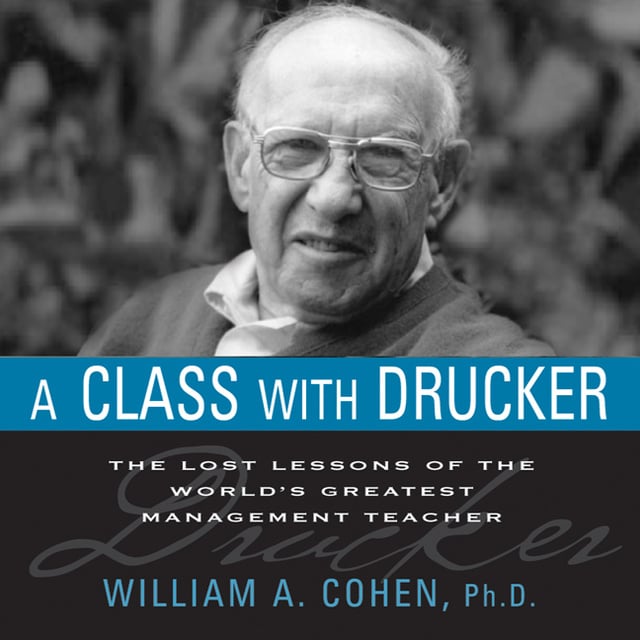 A Class With Drucker: The Lost Lessons of the World's Greatest Management Teacher

A Class With Drucker: The Lost Lessons of the World's Greatest Management Teacher

Long considered the world's greatest thinker and writer on management, Peter Drucker's teachings continue to inspire leaders everywhere. From 1975 to 1979, author William Cohen studied under the Great Man and became the first graduate of his doctoral program. What Drucker taught him literally changed his life. In a matter of a few years, he was re-commissioned in the Air Force and rose to the rank of major general. Eventually, he became a full professor, management consultant, multi-book author, and university president-as well as maintaining a nearly lifelong friendship with the master.

In A Class with Drucker, Cohen shares many of Drucker's teachings that never made it into his countless books and articles, ideas that were offered to his students in classroom or informal settings. Cohen expands on Drucker's lessons with personal anecdotes about his teacher's personality, lack of pretension, and interactions with students and others. He also shows how Drucker's ideas can be applied to the real-world challenges managers face today. Enlightening and intriguing, A Class with Drucker will enable you to gain from the timeless wisdom of the inspiring man himself. 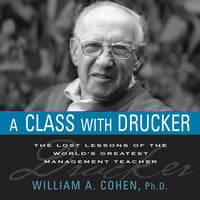