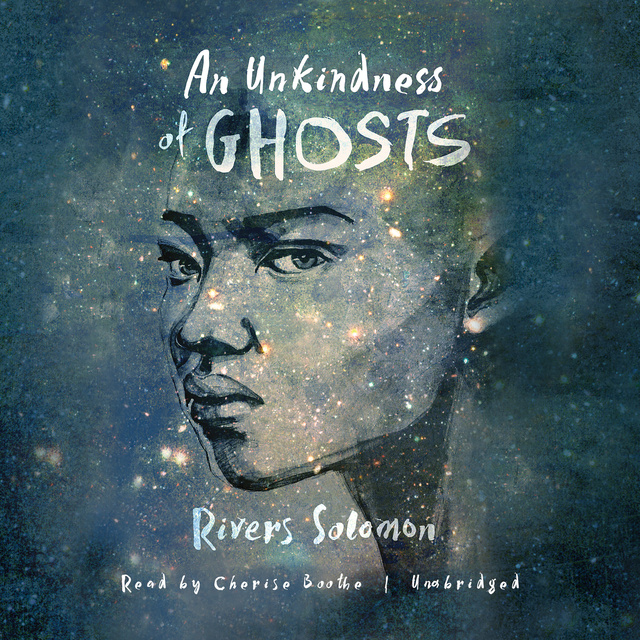 One of the Best Science Fiction and Fantasy Books of the past decade, selected by NPR

One of the 50 Best Sci-Fi Books of All Time, selected by Esquire

One of the 100 Most Influential Queer Books of All Time, selected by Booklist

Nominated for the 2018 Hurston/Wright Legacy Award for Debut Novel

"What Solomon achieves with this debut--the sharpness, the depth, the precision--puts me in mind of a syringe full of stars. I want to say about this book, its only imperfection is that it ended. But that might give the wrong impression: that it is a happy book, a book that makes a body feel good. It is not a happy book. I love it like I love food, I love it for what it did to me, I love it for having made me feel stronger and more sure in a nightmare world, but it is not a happy book. It is an antidote to poison. It is inoculation against pervasive, enduring disease. Like a vaccine, it is briefly painful, leaves a lingering soreness, but armors you from the inside out."
--NPR

"In Rivers Solomon's highly imaginative sci-fi novel An Unkindness of Ghosts, eccentric Aster was born into slavery on--and is trying to escape from--a brutally segregated spaceship that for generations has been trying to escort the last humans from a dying planet to a Promised Land. When she discovers clues about the circumstances of her mother's death, she also comes closer to disturbing truths about the ship and its journey."
--BuzzFeed

"What Solomon does brilliantly in this novel is in the creation of a society in which dichotomies loom over certain aspects of the narrative, and are eschewed by others...Hearkening back to the past in visions of the future can hold a number of narrative purposes...The past offers us countless nightmares and cautionary tales; so too, I'm afraid, can the array of possible futures lurking up ahead."
--Tor.com

"This book is a clear descendent of Octavia Butler's Black science fiction legacy, but grounded in more explicit queerness and neuroatypicality."
--AutoStraddle

"Ghosts are 'the past refusing to be forgot,' says a character in this assured science-fiction debut. That's certainly the case aboard the HSS Matilda, a massive spacecraft arranged along the cruel racial divides of pre-Civil War America."
--Toronto Star

Aster has little to offer folks in the way of rebuttal when they call her ogre and freak. She's used to the names; she only wishes there was more truth to them. If she were truly a monster, she'd be powerful enough to tear down the walls around her until nothing remains of her world.

Aster lives in the lowdeck slums of the HSS Matilda, a space vessel organized much like the antebellum South. For generations, Matilda has ferried the last of humanity to a mythical Promised Land. On its way, the ship's leaders have imposed harsh moral restrictions and deep indignities on dark-skinned sharecroppers like Aster. Embroiled in a grudge with a brutal overseer, Aster learns there may be a way to improve her lot--if she's willing to sow the seeds of civil war. 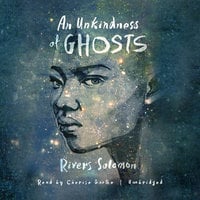