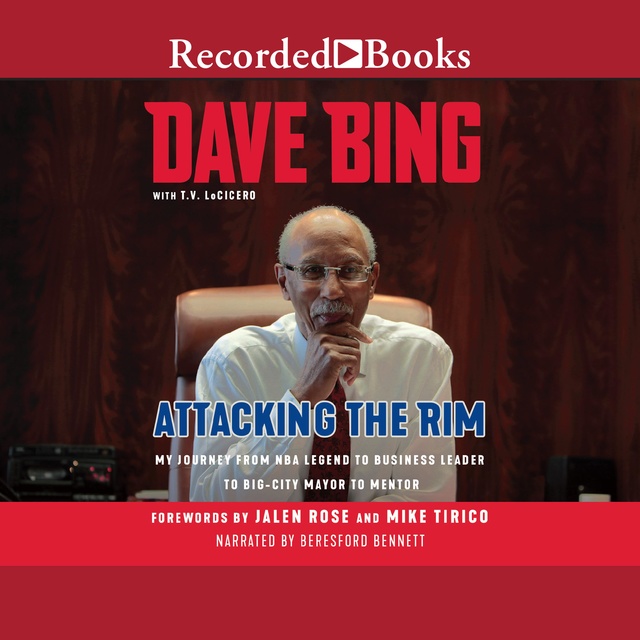 Attacking the Rim: My Journey from NBA Legend to Business Leader to Big-City Mayor to Mentor

Attacking the Rim: My Journey from NBA Legend to Business Leader to Big-City Mayor to Mentor

A remarkable narrative of both chance and purpose that touches all corners of society to tell the improbable tale of one man looking for something greater A young, Black kid from a hardworking family in one of the poorest sections of Washington, DC, despite being legally blind in one eye, leaps to the pinnacle of his sport: the Hall of Fame. A rookie bank teller rises to become one of the nation's most celebrated Black business leaders. A once-reluctant political neophyte answers the call to become a major of America's most troubled big city, and he establishes a mentoring program for African American boys that serves as a model for the nation. All of these stories belong to Dave Bing.
In Attacking the Rim, Bing shares this multifaceted personal saga, with a rare combination of modesty, moxie, and powerful self-belief. Reflecting on his playing days with the Detroit Pistons, Washington Bullets, and Boston Celtics, Bing takes readers inside the exciting world of pro basketball at the moment when sensational athletes were turning a low-budget game into a high-powered, multimillion-dollar entertainment spectacle. From inside the Detroit mayor's office, he offers a firsthand look at the city's monumental challenges, including intractable debt and corruption, massive unemployment, woeful city services and infrastructure, and the daily choices between the lesser of evils.
And finally, he takes us through the mentoring foundation he's created, cutting through the red tape of charitable work to achieve fundamental change in the young men of Detroit. Dave Bing's story is one of unbelievable perseverance and success, and in it he shares the lessons for personal growth and excellence he's learned along the way. 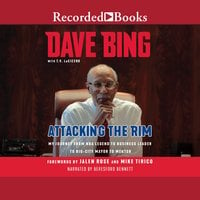