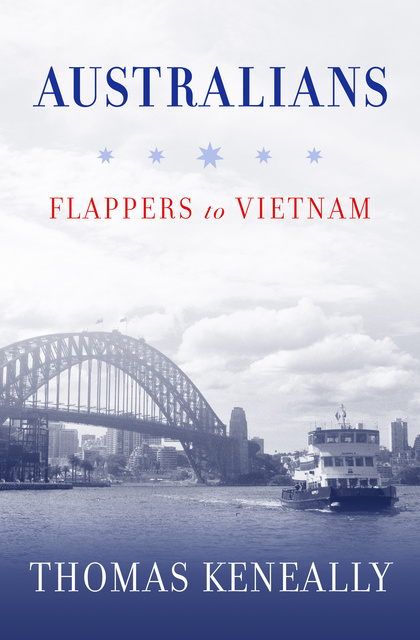 The third volume of Thomas Keneally’s history of the Australian people, Australians: Flappers to Vietnam chronicles the lives and deeds of Australians, both known and unknown, during the 20th century. Entering an age of consumerism, media, and communism, Australia underwent radical change in the hands of two less remembered prime ministers: the stoic Stanley Melbourne Bruce of the Melbourne Establishment and the humbler Irishman Jim Scullin of the Labor Party. Keneally examines the Great Crash, the rise of fascism, the reasons why Australia entered the Second World War through the massive unemployment that arrived later in the century.

With a compassionate lens and rich storytelling, Flappers to Vietnam presents history in a fresh and vivid way.