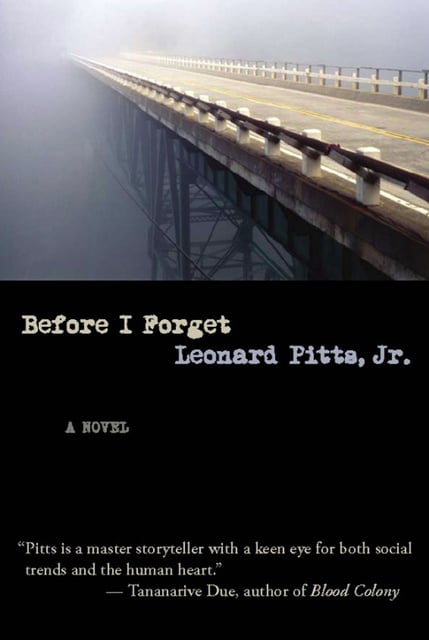 Before I Forget: A Novel

Before I Forget: A Novel

“An unsettling, compelling first novel about secrets, illness, and the role of African-American men in society and family life.” —Publishers Weekly (starred review)

This powerful novel of three generations of black men bound by blood—and by histories of mutual love, fear, and frustration—gives Pulitzer Prize–winning writer Leonard Pitts the opportunity to explore the painful truths of black men’s lives, especially as they play out in the fraught relations of fathers and sons. As fifty-year-old Mo tries to reach out to his increasingly tuned-out son Trey (who himself has become an unwed teenaged father), he realizes that the burden of grief and anger he carries over his own estranged father has everything to do with the struggles he encounters with his son.

Part road novel, part character study, and part social critique, and written in compulsively readable prose, Before I Forget is the work of a major new voice in American fiction. Pitts knows inside and out the difficulties facing black men as they grapple with the complexities of their roles as fathers.

“Pitts is a master storyteller with a keen eye for both social trends and the human heart.” —Tananarive Due, American Book Award-winning author

“A beautiful, tragic and riveting work.” —Shelf Awareness (selected as one of top ten novels of 2009)