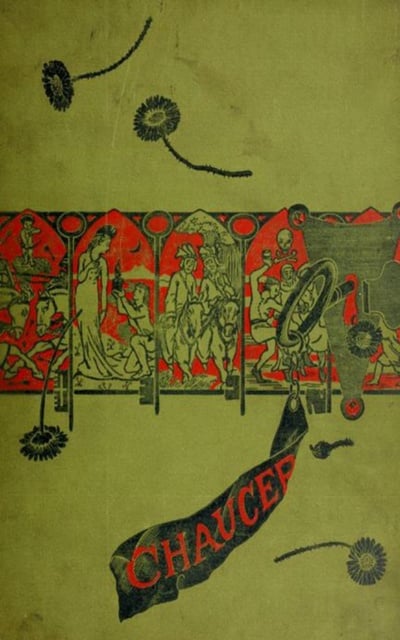 Chaucer for Children: A Golden Key

Chaucer for Children: A Golden Key

By Mrs. HAWEIS, Author of 'CHAUCER FOR CHILDREN.'

This is a copious and judicious selection from Chaucer's Tales, with full notes on the history, manners, customs, and language of the fourteenth century, with marginal glossary and a literal poetical version in modern English in parallel columns with the original poetry. Six of the Canterbury Tales are thus presented, in sections of from 10 to 200 lines, mingled with prose narrative. 'Chaucer for Schools' is issued to meet a widely-expressed want, and is especially adapted for class instruction. It may be profitably studied in connection with the maps and illustrations of 'Chaucer for Children.'

'We hail with pleasure the appearance of Mrs. Haweis's "Chaucer for Schools." Her account of "Chaucer the Tale-teller" is certainly the pleasantest, chattiest, and at the same time one of the soundest descriptions of the old master, his life and works and general surroundings, that have ever been written. The chapter cannot be too highly praised.'—Academy.

'The authoress is in such felicitous harmony with her task, that the young student, who in this way first makes acquaintance with Chaucer, may well through life ever after associate Mrs. Haweis with the rare productions of the father of English poetry.'—School-Board Chronicle.

'Unmistakably presents the best means yet provided of introducing young pupils to the study of our first great poet.'—Scotsman.

'In her "Chaucer for Schools" Mrs. Haweis has prepared a great assistance for boys and girls who have to make the acquaintance of the poet. Even grown people, who like their reading made easy for them, will find the book a pleasant companion.'—Guardian.

'The subject has been dealt with in such a full and comprehensive way, that the book must be commended to everyone whose study of early English poetry has been neglected.'—Daily Chronicle.