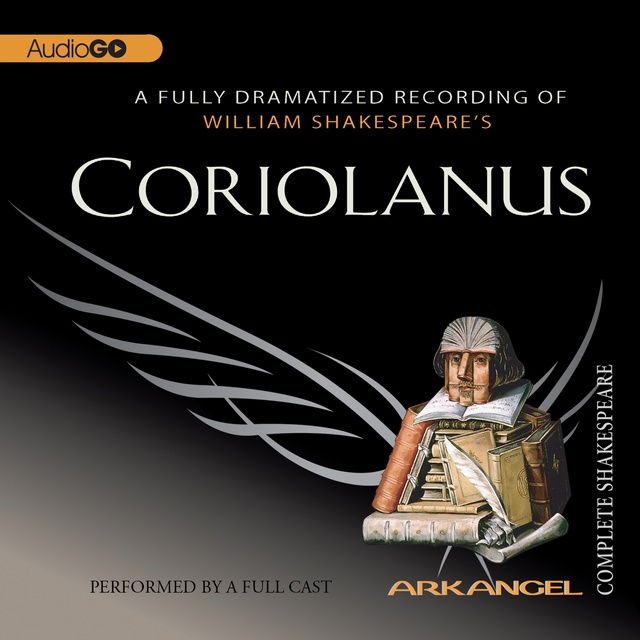 ACT I
Scene 1. The common people of Rome, the plebeians, are on the verge of rebellion due to the lack of grain; they blame the partricians—the Roman nobility—for their plight. They are especially bitter toward Caius Marcius, a patrician and a successful soldier, whom they regard as “the chief enemy to the people.” Menenius tries to persuade them that the patricians are acting in their best interests but when Marcius arrives he makes no attempt to disguise his contempt for the plebeians. When news comes that the Volsces have taken up arms against Rome, Marcius receives it with pleasure, believing their leader Tullus Aufidius to be a noble adversary. Sicinius and Brutus, tribunes appointed to represent the interests of the plebeians, discuss Marcius’ overweening pride.
Scene 2. Aufidius prepares to go to war against Rome.
Scene 3. Marcius’ mother, Volumnia, urges his wife Virgilia to glory in his warlike prowess. Valeria brings news that Marcius is about to attach the Volsces’ city of Corioles.
Scene 4. Marcius curses the fainthearted Roman soldiers and urges them on to attack Corioles. When they refuse, he enters the enemy city single-handed. When the Romans see him alone within the walls of Corioles, they rush in to assist him.
Scene 5. Marcius is contemptuous of the looting Roman soldiers and, despite his wounds, plunges back into the battle in search of Aufidius.
Scene 6. Covered from head to foot in blood, Marcius announces victory at Corioles.
Scene 7. Lartius prepares to go to the Roman camp and warns the lieutenant to guard the gates of Corioles well.
Scene 8. Marcius and Aufidius fight.
Scene 9. Although Marcius refuses all Cominius’ efforts to reward him with booty, the general insists that he accept the name Coriolanus, as tribute to his extraordinary bravery.
Scene 10. Aufidius vows to destroy Marcius by any means—honorable or otherwise.

ACT II
Scene 1. The tribunes Sicinius and Brutus try to persuade Menenius that Marcius is excessively proud, but he will have none of it, accusing them of ambition and servility. Coriolanus returns to Rome in triumph and is greeted by his wife and mother. Brutus and Sicinius fear that if Coriolanus becomes consul they will be stripped of their power.
Scene 2. The Senate has deccided to make Coriolanus consul. With great reluctance he goes, as custom requires, to solicit the citizens’ votes by displaying his battle wounds in the marketplace.
Scene 3. Despite the awareness of some plebeians that Coriolanus has little love for the common people they recognize his nobility, and choose him for consul. Once he has gone, however, their unease resurfaces and the tribunes persuade them to revoke their votes.

ACT III
Scene 1. Coriolanus walks through Rome, discussing the news that Aufidius is again preparing to take up arms. When the tribunes warn him to go no further, Coriolanus accuses them of inciting the plebeians against him and asserts that the people did not deserve free distribution of corn because they were unwilling to defend their country in war. Menenius tries to calm him, but Coriolanus continues to rage that “gentry tile, wisdom,/Cannot conclude but by the yea and no/Of general ignorance.” Finally, Brutus orders Coriolanus’ arrest and chaos ensues as the plebeians are exhorted by the tribunes to seize Coriolanus but are beaten back by the senators. When the tribunes demand Coriolanus’ death, Menenius appeases them by saying that he will bring him to the Forum to answer their grievances.
Scene 2. Coriolanus refuses to do as Menenius asks, but is eventually persuaded to go to the Forum by his mother Volumnia.
Scene 3. Brutus and Sicinius are determined that Coriolanus should be brought down by the people. When he enters the Forum, he cannot contain himself and abuses the plebeians. Sicinius and Brutus announce his banishment from Rome.

ACT IV
Scene 1. Coriolanus bids a dignified farewell to friends and family.
Scene 2. Volumnia rounds angrily on the tribunes.
Scene 3. A Roman spy tells a Volsce of Coriolanus banishment.
Scene 4. Coriolanus arrives in Antium and learns the whereabouts of Aufidius’ house.
Scene 5. Coriolanus presents himself to Aufidius telling his old enemy either to kill him on the spot, or to accept his services in war against Rome. Aufidius welcomes him delightedly.
Scene 6. The tribunes and others hear the terrible news that Coriolanus and Aufidius have invaded Roman territories.
Scene 7. Aufidius is angered by Coriolanus’ arrogance and his growing popularity with the Volsces.

ACT V
Scene 1. After Cominius has attempted unsuccessfully to plead with Coriolanus for Rome, Menenius reluctantly agrees to approach his old friend.
Scene 2. Coriolanus refuses to speak to Menenius.
Scene 3. Volumnia, Virgilia, and her little son approach Coriolanus. Volumnia describes their agony at being torn between their love for Rome and for him. She begs him to negotiate a peace that is honorable to both sides and at last Coriolanus agrees.
Scene 4. A messenger brings news that Volumnia has prevailed with Coriolanus.
Scene 5. A Senator gives the women a rapturous welcome.
Scene 6. Aufidius has returned to Corioles, enraged; he conspires with some of his followers to kill Coriolanus. When Coriolanus explains to the Volsces how he has brokered an honorable peace, Aufidius publicly accuses him of treachery. As the crowd rages against him, Coriolanus is killed by the conspirators. 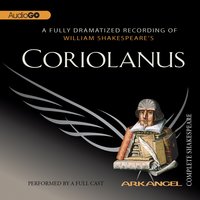