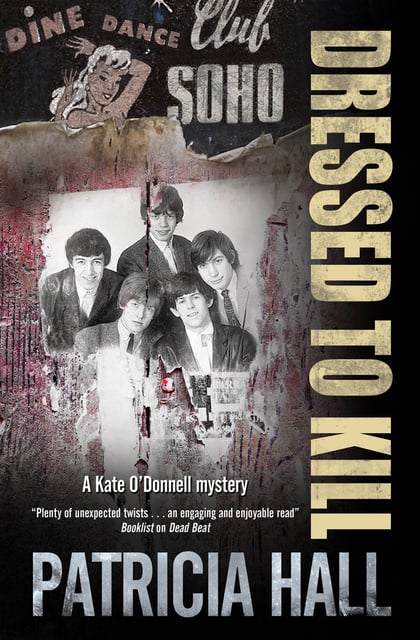 Photographer Kate O’Donnell, fresh from her adventures in Death Trap, discovers that modeling can be murder in Swinging Sixties London.

It’s 1963. A new band called the Rolling Stones is beginning to make its mark and the miniskirt is coming into fashion. For young Liverpudlian photographer Kate O’Donnell, it’s an exciting time to be in the capital—especially as she’s on secondment to an up-and-coming fashion photographer’s studio. But there’s a sordid side to 1960s London, Kate discovers, when the naked, battered body of a teenage prostitute is found amongst the rubbish bins behind a Soho jazz club—and it turns out the victim was a former model at the studio where Kate’s working.

When a second young model disappears, Kate enlists her friend DS Harry Barnard’s help to find out exactly what’s going on. Together, they uncover the first of several dark secrets surrounding Andrei Lubin’s fashion studio and the notorious Jazz Cellar.

“A likable heroine, an unusual plot, and plenty of unexpected twists make for an intriguing read. ” —Booklist

“Hall does a fine job of creating a groundbreaking protagonist whose fearlessness coupled with her talent forges a path for future female professionals. ” —Library Journal