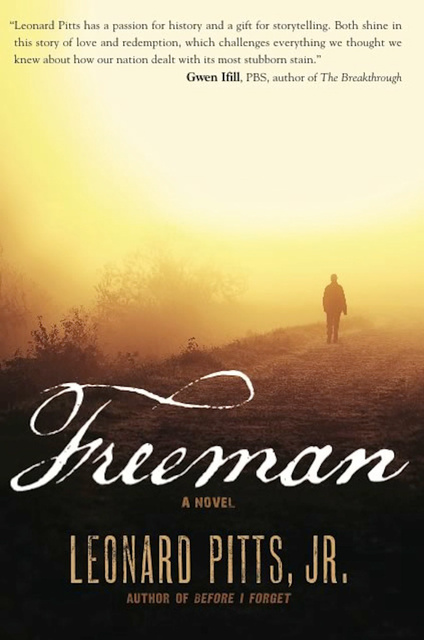 A former slave embarks on a hellish journey through the post-Civil War South to reunite with his wife, in this novel by the Pulitzer Prize–winning author.

With the news of General Lee’s surrender, Sam, a runaway slave who served in the Union Army, decides to leave his refuge in Philadelphia. He sets out on foot on an almost-suicidal journey through the terrifying, war-torn South to Buford, Mississippi, to find Tilda, the wife he was sold away from fifteen years ago. He knows quite well that his chances are slim …

Prudence Kent, meanwhile, is heading to Buford on a different mission. The headstrong, wealthy, white war widow is leaving her Boston home to honor her abolitionist father’s dying wish: to open a school for the emancipated slaves …

And Tilda is headed elsewhere. Her owner, Jim McFarland, is holding her at gunpoint, forcing through the charred remains of his farm and off to Arkansas, in search of a haven that will still respect his entitlements as a slaveowner and Confederate officer …

An epic, American love story and novel touching on issues we still wrestle with long after official end of the Civil War, Freeman is, as Howard Frank Mosher of the Washington Post writes, “an important addition to the literature of slavery and the Civil War, by a knowledgeable, compassionate and relentlessly truthful writer determined to explore both enslavement in all its malignancy and also what it truly means to be free. ”

Perfect for fans of Cold Mountain

“Leonard Pitts has a passion for history and a gift for storytelling. Both shine in this story of love and redemption, which challenges everything we thought we knew about how our nation dealt with its most stubborn stain. ” —Gwen Ifill, PBS, author of The Breakthrough

“Pulitzer Prize–winning columnist Pitts once again demonstrates his gift for historical fiction … . In lyrical prose, Pitts unflinchingly and movingly portrays the period’s cruelties, and triumphs in capturing the spirit of the times through eminently-identifiable lead characters. ” —Publishers Weekly, starred review