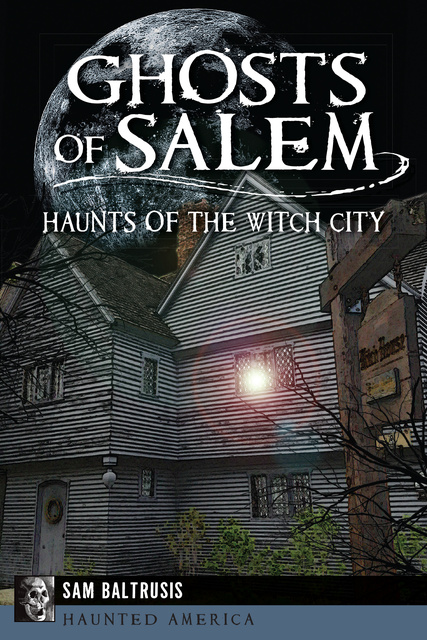 Ghosts of Salem: Haunts of the Witch City

Ghosts of Salem: Haunts of the Witch City

Beyond the witch trials . . . The paranormal expert and author of Ghosts of Boston “explores the cursed history underlying Salem’s supernatural beings” (Neighborhood View).

Nestled on the rocky coast of Massachusetts, Salem is a city steeped in history and legend. Famous for its witch trials, the storied North Shore seaport also has a dark history of smugglers and deadly fires. It is considered one of New England's most haunted destinations. Inside Howard Street Cemetery, the ghost of accused witch Giles Corey wanders among the gravestones. Outside the Ropes Mansion, the ghost of Abigail Ropes can be seen peeking out of the windows. The Gardner-Pingree House on Essex Street is host to the spirit of sea captain Joseph White, a man whose murder in 1830 inspired literary giants like Edgar Allan Poe and Nathaniel Hawthorne. Join author and paranormal journalist Sam Baltrusis on a chilling journey through the streets of Salem as he chronicles the historic haunts of the Witch City.