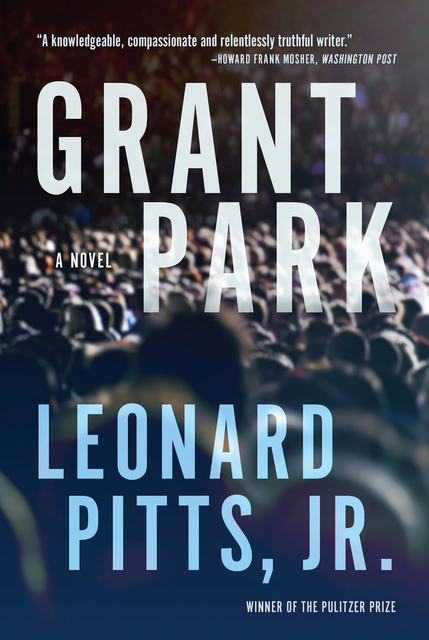 Two Chicago newspapermen grapple with race and the past in this contemporary terrorist thriller by the Pulitzer Prize–winning author of Freeman.

Disillusioned Chicago columnist Malcolm Toussaint, fuelled by yet another report of unarmed Black men killed by police, hacks into his newspaper’s server to post an incendiary column that had been rejected by his editors. Toussaint then disappears, and his longtime editor, Bob Carson, is summarily fired within hours of the column’s publication.

While a furious Carson tries to find Toussaint—while dealing with the reappearance of a lost love from his days as a ‘60s activist—Toussaint is abducted by two white supremacists plotting to bomb Barack Obama’s planned rally in Grant Park. Toussaint and Carson are forced to reckon with the choices they made as young men, when both their lives were changed profoundly by their work in the civil rights movement . . .

Grant Park is a page-turning and provocative look at black and white relations in contemporary America, blending the absurd and the poignant in a powerfully well-crafted narrative that showcases Pitts’s gift for telling emotionally wrenching stories.

“A taut thriller that weaves together a stark look at America’s tortured racial past with a fast-paced tale of terrorist conspiracy and love rekindled.” —Neil Steinberg, Chicago Sun Times

“A page-turner, but also one that commands deep reflection on history, racism, and personal choices.” —Blanca Torres, The Seattle Times

“Layered, insightful, and passionate. Pitts’s subtly explosive language grips readers with the delicate subject matter and earnestly implores them to understand that “[race] has always meant something and it always will.” The scars will remain, but stunningly powerful examinations like Grant Park can be the salve that helps heal open wounds.” —Shelf-Awareness, starred review