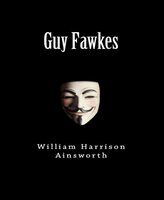 The execution of the penal laws enabled the king, by an ingenious comment, to derive considerable profit from his past forbearance. It was pretended that he had never forgiven the penalties of recusancy; he had merely forbidden them to be exacted for a time, in the hope that this indulgence would lead to conformity; but his expectations had been deceived; the obstinacy of the Catholics had grown with the lenity of the sovereign; and, as they were unworthy of further favour, they should now be left to the severity of the law. To their dismay, the legal fine of twenty pounds per lunar month was again demanded, and not only for the time to come, but for the whole period of the suspension; a demand which, by crowding thirteen payments into one, reduced many families of moderate incomes to a state of absolute beggary. Nor was this all. James was surrounded by numbers of his indigent countrymen. Their habits were expensive, their wants many, and their importunities incessant. To satisfy the more clamorous, a new expedient was devised. The king transferred to them his claims on some of the more opulent recusants, against whom they were at liberty to proceed by law, in his name, unless the sufferers should submit to compound, by the grant of an annuity for life, or the immediate payment of a considerable sum. This was at a time when the jealousies between the two nations had reached a height, of which, at the present day, we have but little conception. Had the money been carried to the royal coffers, the recusants would have had sufficient reason to complain; but that Englishmen should be placed by their king at the mercy of foreigners, that they should be stripped of their property to support the extravagance of his Scottish minions, this added indignity to injustice, exacerbated their already wounded feelings, and goaded the most moderate almost to desperation. " From this deplorable state of things, which is by no means over-colored in the above description, sprang the Gunpowder Plot.