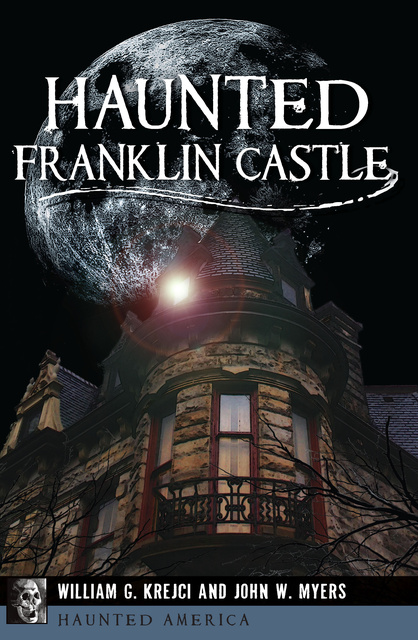 Cleveland’s gothic mansion plays host to murder and mayhem in a book that “couples that delightful sense of mystery with plenty of ghost stories” (Cleve Scene).

For more than half a century, the Franklin Castle’s dark façade has lured curiosity seekers from around the world. Behind its iron gates, this Victorian-era structure harbors rumors of everything from insanity to mass murder. Disembodied voices echo from empty rooms, doors open and close of their own accord and cold spots drift about the manse. Witnesses swear to sightings of a woman in black and a young girl in white, believed to be the ghostly apparitions of the wife and daughter of the original owner, Hannes Tiedemann. Using previously unpublished photographs, interviews, family accounts, floor plans, and nearly forty years of research, authors William G. Krejci and John W. Myers finally reveal the true and definitive history of Cleveland’s notorious Franklin Castle.

“There are so many tales to tell—things like hidden rooms, outrageous parties and colorful occupants.” —Cleveland19