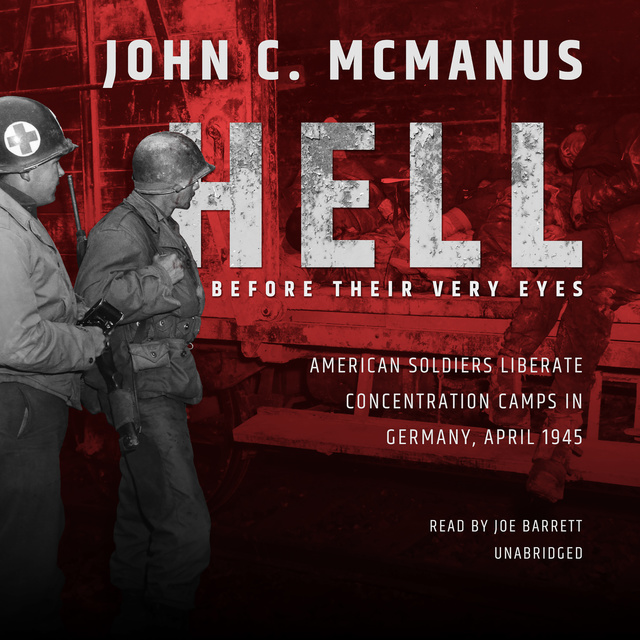 Hell before Their Very Eyes

Hell before Their Very Eyes

On April 4, 1945, United States Army units from the Eighty-Ninth Infantry Division and the Fourth Armored Division seized Ohrdruf, the first of many Nazi concentration camps to be liberated in Germany. In the weeks that followed, as more camps were discovered, thousands of soldiers came face-to-face with the monstrous reality of Hitler’s Germany.

These men discovered the very depths of human-imposed cruelty and depravity: railroad cars stacked with emaciated, lifeless bodies; ovens full of incinerated human remains; warehouses filled with stolen shoes, clothes, luggage, and even eyeglasses; prison yards littered with implements of torture and dead bodies; and―perhaps most disturbing of all―the half-dead survivors of the camps. For the American soldiers of all ranks who witnessed such powerful evidence of Nazi crimes, the experience was life altering. Almost all were haunted for the rest of their lives by what they had seen, horrified that humans from ostensibly civilized societies were capable of such crimes.

Military historian John C. McManus sheds new light on this often-overlooked aspect of the Holocaust. Drawing on a rich blend of archival sources and thousands of firsthand accounts―including unit journals, interviews, oral histories, memoirs, diaries, letters, and published recollections―Hell before Their Very Eyes focuses on the experiences of the soldiers who liberated Ohrdruf, Buchenwald, and Dachau and their determination to bear witness to this horrific history. 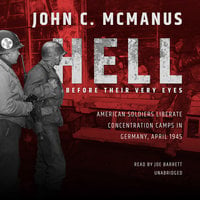