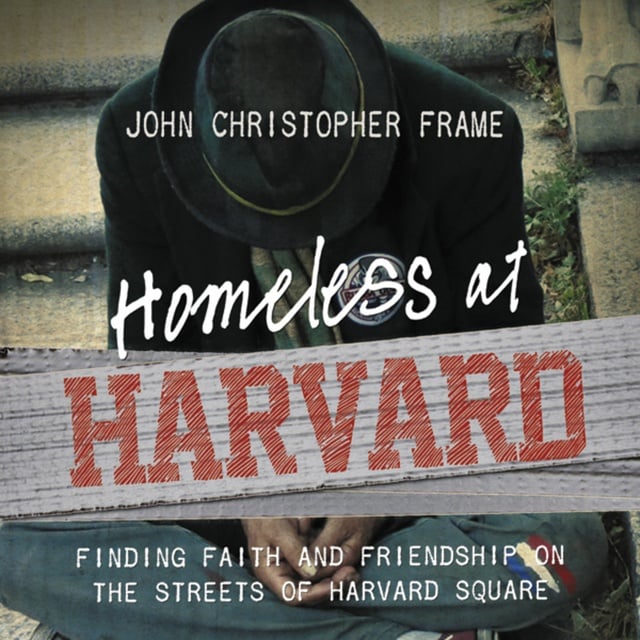 Homeless at Harvard: Finding Faith and Friendship on the Streets of Harvard Square

Homeless at Harvard: Finding Faith and Friendship on the Streets of Harvard Square

Harvard Square is at the center of Cambridge, Massachusetts, and is the business district around Harvard University. It’s a place of history, culture, and some of the most momentous events of the nation. But it’s also a gathering place for some of the city’s homeless.

What is life like for the homeless in Harvard Square? Do they have anything to tell people about life? And God?

That’s what Harvard student John Frame discovered and shares in Homeless at Harvard. While taking his final course at Harvard, John Frame stepped outside the walls of academia and onto the streets, pursuing a different kind of education with his homeless friends.

What he found—in the way of community and how people understand themselves---may surprise you.

In this unique book, each of these urban pioneers shares his own story, providing insider perspectives of life as homeless people see it. This heartwarming page-turner shows how John learned with, from, and about his homeless friends—who together tell an unforgettable story—helping readers’ better understand problems outside themselves and that they’re more similar to those on the streets than they may have believed. 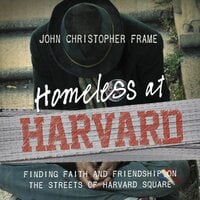