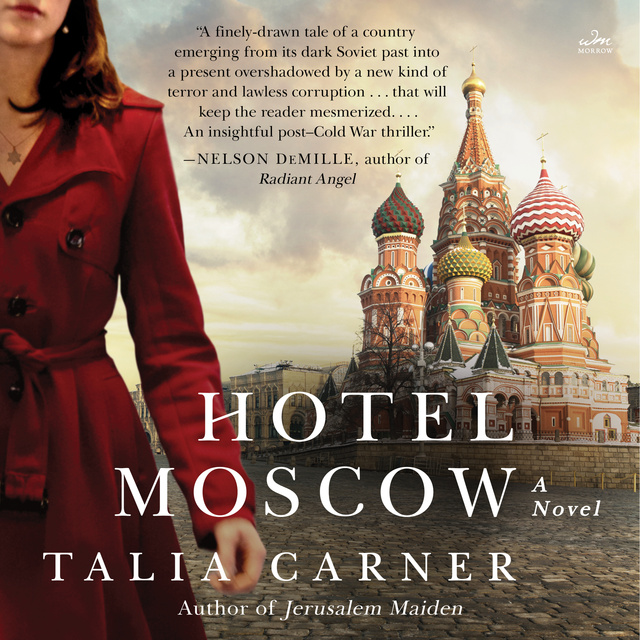 From the author of Jerusalem Maiden comes a mesmerizing, thought-provoking novel that tells the riveting story of an American woman—the daughter of Holocaust survivors—who travels to Russia shortly after the fall of communism, and finds herself embroiled in a perilous mafia conspiracy that could irrevocably destroy her life.

Brooke Fielding, a thirty-eight year old New York investment manager and daughter of Jewish Holocaust survivors, finds her life suddenly upended in late September 1993 when her job is unexpectedly put in jeopardy. Brooke accepts an invitation to join a friend on a mission to Moscow to teach entrepreneurial skills to Russian business women, which will also give her a chance to gain expertise in the new, vast emerging Russian market. Though excited by the opportunity to save her job and be one of the first Americans to visit Russia after the fall of communism, she also wonders what awaits her in the country that persecuted her mother just a generation ago.

Inspired by the women she meets, Brooke becomes committed to helping them investigate the crime that threatens their businesses. But as the uprising of the Russian parliament against President Boris Yeltsin turns Moscow into a volatile war zone, Brooke will find that her involvement comes at a high cost. For in a city where “capitalism” is still a dirty word, where neighbors spy on neighbors and the new economy is in the hands of a few dangerous men, nothing Brooke does goes unnoticed—and a mistake in her past may now compromise her future.

A moving, poignant, and rich novel, Hotel Moscow is an eye-opening portrait of post-communist Russia and a profound exploration of faith, family, and heritage. 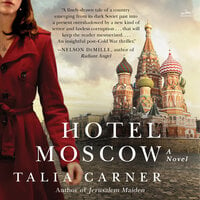