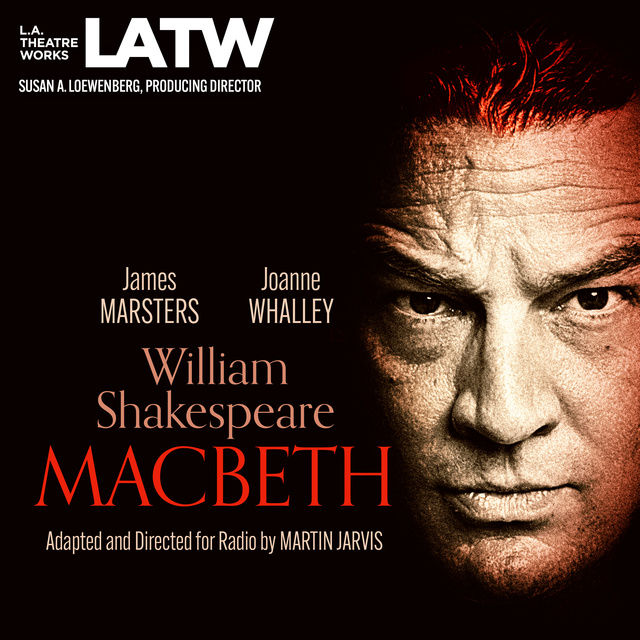 Infamously known as the cursed Scottish play, Macbeth is perhaps Shakespeare’s darkest tragedy. When General Macbeth is foretold by three witches that he will one day be King of Scotland, Lady Macbeth convinces him to get rid of anyone who could stand in his way – including committing regicide. As Macbeth ascends to the throne through bloody murder, he becomes a tyrant consumed by fear and paranoia.

Recorded at The Invisible Studios in May 2011.

Adapted and directed for radio by Martin Jarvis
Producing Director: Susan Albert Loewenberg
An L.A. Theatre Works Full-Cast Performance Featuring:
Josh Cooke as Banquo and others
JD Cullum as Macduff and Second Murderer
Dan Donohue as Ross
Jeannie Elias as Second Witch and others
Chuma Gault as Lennox and Servant
James Marsters as Macbeth
Jon Matthews as Malcolm
Alan Shearman as Angus and others
André Sogliuzzo as Donalbain, Third Witch and others
Kate Steele as Lady Macduff, First Witch and Apparition
Kris Tabori as Duncan and others
Joanne Whalley as Lady Macbeth 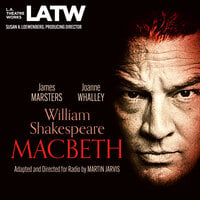