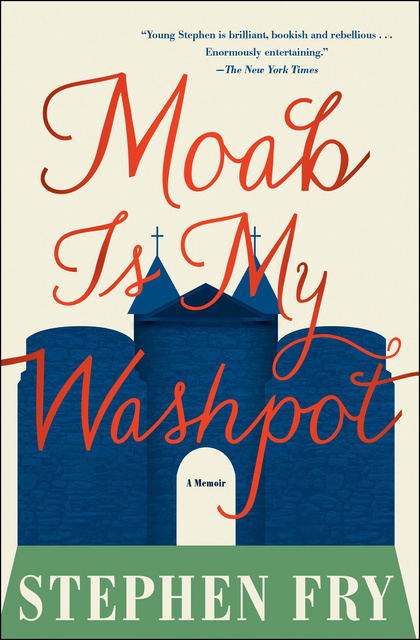 Moab Is My Washpot: A Memoir

Moab Is My Washpot: A Memoir

This international bestseller is an “enormously entertaining” boyhood memoir by the British actor and comedian (The New York Times).

Since his PBS television debut in Blackadder, multitalented writer, actor, and comedian Stephen Fry has earned many fans with his idiosyncratic wit. In this memoir, a number-one bestseller in Britain, he shares the story of his youthful years in his typical frank, funny style.

Sent to boarding school at the age of seven, he survived beatings, misery, love affairs, carnal violation, expulsion, attempted suicide, and criminal conviction to emerge—at the age of eighteen—ready to start over in a world in which he had always felt a stranger. One of very few Cambridge University graduates to have been imprisoned prior to his freshman year, Fry is “one of the great originals . . . That so much outward charm, self-awareness and intellect should exist alongside behavior that threatened to ruin the lives of the innocent victims, noble parents and Fry himself, gives the book a tragic grandeur that lifts it to classic status” (Financial Times).