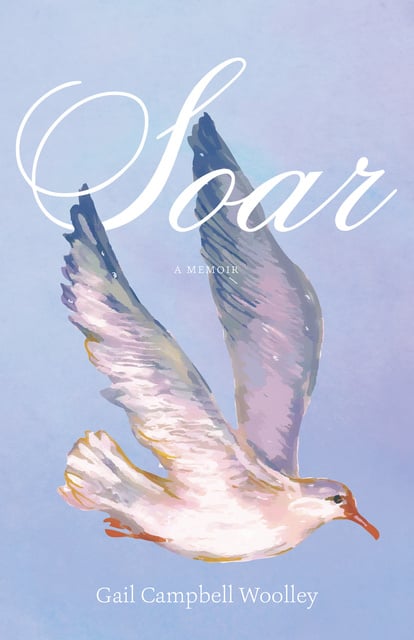 “This is a book about life—about living it ravenously, fully, joyously, unendingly, even if you have a death sentence.” —Donna Brazile, former chair, Democratic National Committee

When Gail Campbell Woolley was seven, a pediatrician told her mother that Gail suffered from sickle cell anemia, a rare blood disease, and that she would be dead by age thirty-five. While others may have responded to this horrifying news by descending into a fog of self-pity, Gail went in the opposite direction. She decided to live an eventful, exciting life that ultimately included—despite a troubled home life and the systemic racism and sexism of the late twentieth century—academic success, an impressive career, a long and loving marriage, and the ability to leave her unmistakable stamp on every person she met. By the time she finally succumbed to her disease at age fifty-eight in 2015, she had ground that doctor’s words into dust.

Soar, written in the last two years of her life, is Woolley’s powerfully inspiring story, and its publication checks the last item off her extraordinary bucket list, which also included traveling to every continent except Antarctica. Written in an engaging, no-nonsense voice with a directness that reflects her many years in journalism, Woolley’s remarkable story not only will move readers to root for this irrepressible, quietly heroic woman but also will push readers to reassess their own approach to life.

“An inspiration for anyone confronting life’s challenges. Gail has left a legacy of courage and compassion, and her memoir represents a voice that desperately needs to be heard in America right now.” —Marc Morial, president and CEO, National Urban League