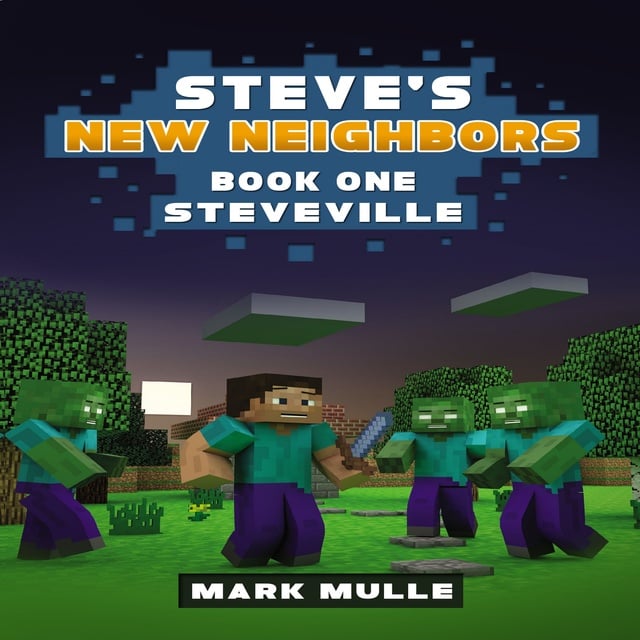 Steve is an excited new member of a local village. Though he still has a lot to learn about the world of Minecraft, he is doing his best to fit in with his new neighbors in what he hopes will be his permanent home. It does not take long for Steve to discover that the village has a bigger problem, a zombie problem.
With the local zombie population more organized than any monster group he has ever encountered, Steve will do his best to help the village become a safe place to live. As he makes new friends and learns new skills, Steve discovers that protecting the village will be much more difficult than he thought.
Follow Steve’s journey as he attempts to survive in this new world. From upgrading his small home to a castle, establishing his own farm, and attempting to befriend the villagers, there is always something new and exciting in store for Steve. Will he be able to keep the zombies out of the village? Or will all of his efforts start a war that he must be prepared to fight?
Other books in this thrilling Minecraft series
Book 2: Fighters in Training
Book 3: The South Meadow Zombie Clan
Book 4: Finding the Cure
Book 5: To the Rescue
Book 6: One Last Battle
This unofficial Minecraft book is not authorized, endorsed or sponsored by Microsoft Corp., Mojang AB, Notch Development AB or any other person or entity owning or controlling the rights of the Minecraft name, trademark or copyrights. All characters, names, places and other aspects of the game described herein are trademarked and owned by their respective owners. Minecraft®/ /TM & ©2009-2016 Mojang/Notch.