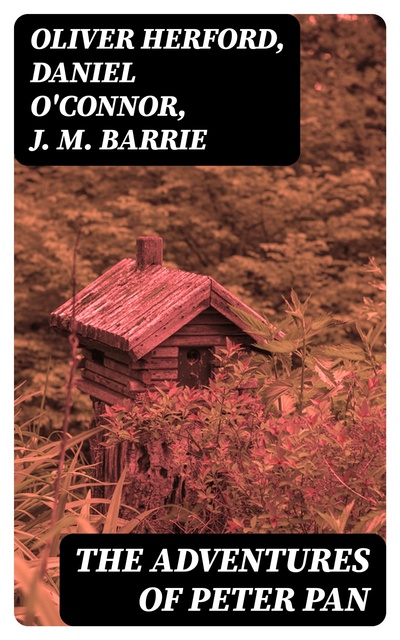 This collection includes all the books that capture the magic of Neverland and show the relentless spirit of a boy didn't want to grow up:_x000D_ The Little White Bird introduces the character of Peter Pan, a free spirited and mischievous young boy who can fly and never grows up._x000D_ Peter Pan in Kensington Gardens – Peter is a seven-day-old infant who, "like all infants", used to be part bird. Peter has complete faith in his flying abilities, and he manages to escape out of the window of his London home and return to Kensington Gardens. Upon returning to the Gardens, Peter is shocked to learn from the crow Solomon Caw that he is not still a bird, but more like a human._x000D_ Peter and Wendy – Peter Pan is the leader of the Lost Boys on the island of Neverland that is inhabited by mermaids, fairies, Native Americans and pirates. He takes Wendy Darling and her two brothers to their magic world and they have many adventures with Peter, his fairy Tinker Bell, the Lost Boys, and the pirate Captain Hook._x000D_ Peter Pan, or The Boy Who Wouldn't Grow Up is a fairy play about a mischievous yet innocent little boy who can fly, and has many adventures on the island of Neverland with Wendy Darling and her two brothers._x000D_ When Wendy Grew Up – Peter returns for Wendy years later. But she is now grown up with a daughter of her own named Jane. When Peter learns that Wendy has "betrayed" him by growing up, he is heartbroken until Jane agrees to come to Neverland as Peter's new mother._x000D_ The Story of Peter Pan is a retelling of the Peter Pan story by Daniel O'Connor._x000D_ The Peter Pan Alphabet by Oliver Herford contains Peter Pan themed rhymes for each letter of the alphabet.