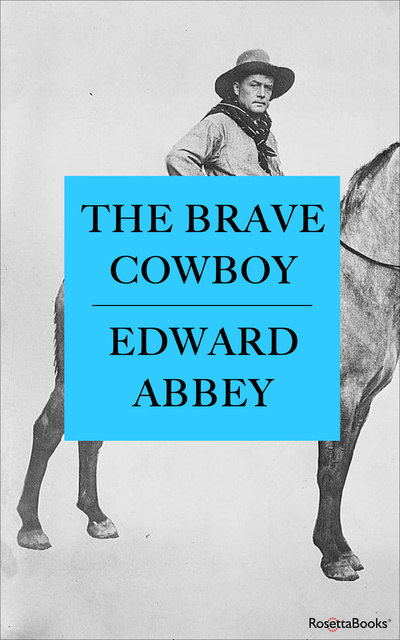 A cowboy takes on the forces of twentieth century tyranny in a tale by “the Thoreau of the American West” that became the classic film Lonely Are the Brave (Larry McMurtry, Pulitzer Prize–winning author of Lonesome Dove).

A rugged individualist and sometime ranch hand, Jack Burns has no love for the modern world. He is a man out of time, riding his horse through a Southwestern landscape corrupted by concrete, shopping centers, and superhighways. A stubborn loner, he lives by a personal moral code that often sets him at odds with contemporary society. And he wouldn’t have it any other way.

When Jack’s brazen attempt to free a jailed friend fails, the “anarchist cowboy” becomes an outlaw overnight. Suddenly he and his chestnut mare are racing toward the New Mexican high country with the state police, the military, and the FBI in hot pursuit. His private war against authority has reached a dangerous new level. But if the powerful forces aligning against him think that Jack is going to go quietly, they’ve got another think coming.

The Houston Chronicle called Edward Abbey “a fresh breath from the farther reaches and canyons of the diminishing frontier. ” The bestselling author of The Monkey Wrench Gang delivers a stirring tribute to individualism and the vanishing American hero. Brought to the big screen in 1962 as Lonely Are the Brave—a major motion picture starring Kirk Douglas and Walter Matthau—The Brave Cowboy is a moving and thought-provoking fable of the modern American West.