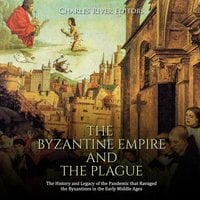 The Byzantine Empire and the Plague: The History and Legacy of the Pandemic that Ravaged the Byzantines in the Early Middle Ages

The Bubonic Plague was the worst affliction ever visited upon Europe and the Mediterranean world. Within a few short years, a quarter of the population was taken after a short but torturous illness. Those who escaped faced famine and economic hardship, crops were left unsown; harvests spoiled for lack of harvesters, and villages, towns, and great cities were depopulated. Markets were destroyed, and trade ground to a halt. It must have seemed like the end of the world to the terrified populace. The horror abated, only to return years later, often with less virulence but no less misery.

Many who read a description of that plague might immediately think of the Black Death, the great epidemic that ravaged Europe and the Middle East from 1347-1351, but it actually refers to the lesser-known but arguably worse Plague of Justinian that descended upon the Mediterranean world in 541 and continued to decimate it over the next 200 years. The effects of the pestilence on history was every bit as dramatic as the one in the Late Middle Ages. In fact, the case could be made that the Plague of Justinian was a major factor in the molding of Europe and, consequently, the rest of the world as it is known today, marking a monumental crossroad between the ancient and medieval worlds.

It might also be asked why so little is known about the Plague of Justinian and the epidemics following it, which stands in stark contrast with the Black Death, which has been the subject of numerous books and papers. The explanation, at least in part, is probably cultural.