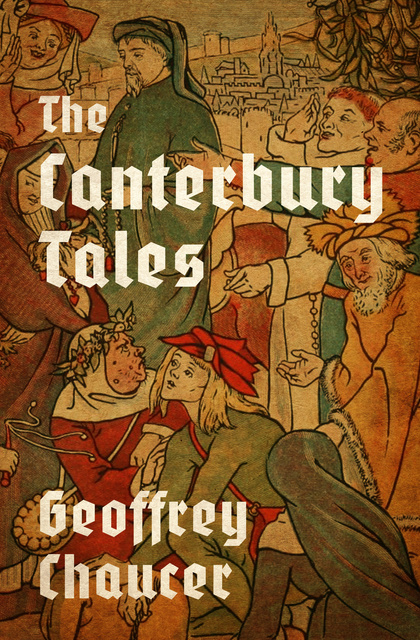 This classic work of medieval literature features the pious and profane stories of commoners on a pilgrimage in fourteenth-century England.

One of the most famous works of literature written in Middle English, The Canterbury Tales were penned by Geoffrey Chaucer, who was widely regarded as the greatest poet of his time. The stories “run the gamut of tales known to people in the Middle Ages and include ribald stories such as the ‘Miller’s Tale’ and the ‘Reeve’s Tale’; medieval romances set against ancient backgrounds such as the ‘Knight’s Tale’; animal fables such as the ‘Nun’s Priest’s Tale’; Arthurian legends such as the ‘Wife of Bath’s Tale’; saint’s lives such as the “Prioress’ Tale”; and the “Second Nun’s Tale”; tragic tales, sort of, such as the Monk’s Tale’; and cautionary tales, such as the Pardoner’s Tale.’ . . . It is rightly considered one of the masterworks of English literature” (The Kansas City Public Library).

“A raucous read.” —The Guardian