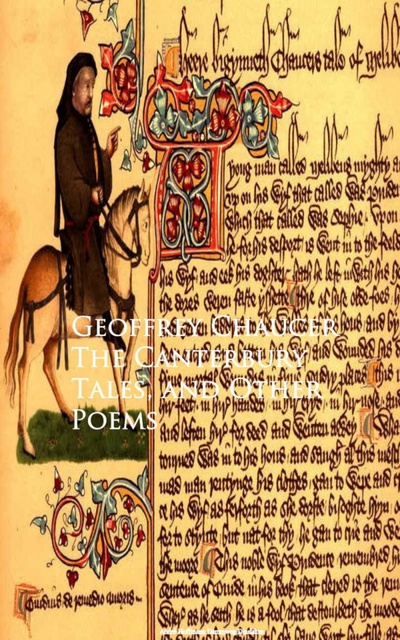 The Canterbury Tales, and Other Poems

The Canterbury Tales, and Other Poems

THE object of this volume is to place before the general reader our two early poetic masterpieces — The Canterbury Tales and The Faerie Queen; to do so in a way that will render their "popular perusal" easy in a time of little leisure and unbounded temptations to intellectual languor; and, on the same conditions, to present a liberal and fairly representative selection from the less important and familiar poems of Chaucer and Spenser. There is, it may be said at the outset, peculiar advantage and propriety in placing the two poets side by side in the manner now attempted for the first time. Although two centuries divide them, yet Spenser is the direct and really the immediate successor to the poetical inheritance of Chaucer. Those two hundred years, eventful as they were, produced no poet at all worthy to take up the mantle that fell from Chaucer's shoulders; and Spenser does not need his affected archaisms, nor his frequent and reverent appeals to "Dan Geffrey," to vindicate for himself a place very close to his great predecessor in the literary history of England. If Chaucer is the "Well of English undefiled," Spenser is the broad and stately river that yet holds the tenure of its very life from the fountain far away in other and ruder scenes.

The Canterbury Tales, so far as they are in verse, have been printed without any abridgement or designed change in the sense. But the two Tales in prose — Chaucer's Tale of Meliboeus, and the Parson's long Sermon on Penitence — have been contracted, so as to exclude thirty pages of unattractive prose, and to admit the same amount of interesting and characteristic poetry. The gaps thus made in the prose Tales, however, are supplied by careful outlines of the omitted matter, so that the reader need be at no loss to comprehend the whole scope and sequence of the original. With The Faerie Queen a bolder course has been pursued.