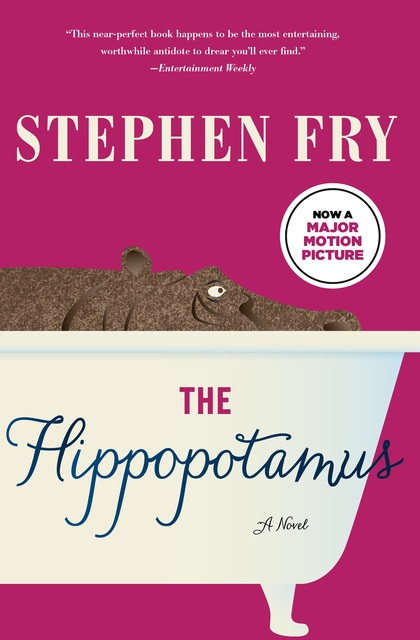 The Hippopotamus: A Novel

The Hippopotamus: A Novel

“I’ve suffered for my art, now it’s your turn.” So begins the story of Ted Wallace, unaffectionately known as the Hippopotamus. Failed poet, failed theater critic, failed father and husband, Ted is a shameless womanizer, drinks too much, and is at odds in his cranky but maddeningly logical way with most of modern life.

Fired from his job at the newspaper, Ted seeks a few months’ repose and free liquor at Swafford Hall, the country mansion of his old friend Michael Logan. This world of boozy dinners, hunting parties, and furtive liaisons has recently been turned on its head by miracles, healings, and phenomena beyond Ted’s comprehension. As the mysteries deepen, The Hippopotamus builds into a rollicking sendup of the classic British mystery that is “tremendously funny” (Christopher Buckley) and a “near-perfect book” (Entertainment Weekly).

The basis for the recent movie starring Roger Allam, Matthew Modine, and Fiona Shaw, “The Hippopotamus is animated by an antic sense of comedy and features a willfully feckless hero . . . Described in uproarious terms that suggest Wodehouse crossed with Waugh, Swafford emerges as a parody of every upper-class country house ever depicted in an English novel” (The New York Times).