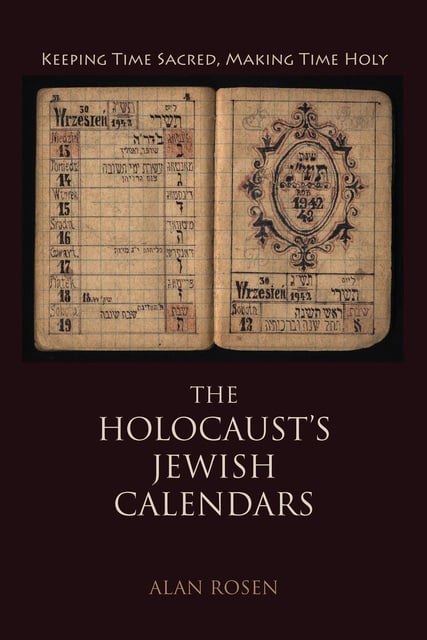 “The most comprehensive to date treatment of these precious artifacts of the Holocaust’s Jewish efforts to maintain religious observations and identity.” —Choice

Calendars map time, shaping and delineating our experience of it. While the challenges to tracking Jewish conceptions of time during the Holocaust were substantial, Alan Rosen reveals that many took great risks to mark time within that vast upheaval. Rosen inventories and organizes Jewish calendars according to the wartime settings in which they were produced—from Jewish communities to ghettos and concentration camps.

The calendars he considers reorient views of Jewish circumstances during the war and show how Jews were committed to fashioning traditional guides to daily life, even in the most extreme conditions. In a separate chapter, moreover, he elucidates how Holocaust-era diaries sometimes served as surrogate Jewish calendars. All in all, Rosen presents a revised idea of time, continuity, the sacred and the mundane, the ordinary and the extraordinary even when death and destruction were the order of the day. Rosen’s focus on the Jewish calendar—the ultimate symbol of continuity, as weekday follows weekday and Sabbath follows Sabbath—sheds new light on how Jews maintained connections to their way of conceiving time even within the cauldron of the Holocaust.

“Rosen demonstrates the relationship between time and meaning, between meaning and holiness, between holy days and the divine presence―all of which came under assault in the Nazis’ effort to kill Jewish souls before destroying Jewish bodies.” —David Patterson, author of Along the Edge of Annihilation: The Collapse and Recovery of Life in the Holocaust Diary