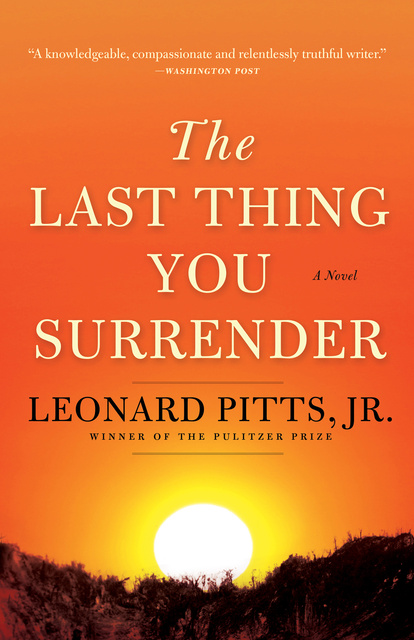 The Last Thing You Surrender

The Last Thing You Surrender

Three Americans in the Jim Crow South face enormous changed triggered by World War II in this epic novel by the Pulitzer-winning author of Freeman.

Could you find the courage to do what’s right in a world on fire?

An affluent white marine survives Pearl Harbor at the cost of a black messman’s life only to be sent, wracked with guilt, to the Pacific and taken prisoner by the Japanese. A young black woman, widowed by the same events at Pearl Harbor, finds unexpected opportunity and a dangerous friendship in a segregated Alabama shipyard feeding the war. Meanwhile, a black man, who as a child saw his parents brutally lynched, is conscripted to fight Nazis for a country he despises and discovers a new kind of patriotism in the all-black 761st Tank Battalion …

Set against a backdrop of violent racial conflict on both the front lines and the home front, The Last Thing You Surrender explores the powerful moral struggles of individuals from a divided nation. What does it take to change someone’s mind about race? What does it take for a country and a people to move forward, transformed?

Praise for The Last Thing You Surrender

“A story of our nation at war, with itself as well as tyranny across the globe. It’s an American tapestry of hatred, compassion, fear, courage, and cruelties, leavened with the promise of triumph. A powerful story I will not soon forget. ” —James R. Benn, author of the Billy Boyle WWII mysteries

“Seamlessly integrates impressive research into a compelling tale of America at war—overseas, at home, and within ourselves, as we struggle to find the better angels of our nature. Pitts poignantly illustrates ongoing racial and class tensions, and offers hope that we can overcome hatred by refusing to sacrifice dignity. ” —Booklist, starred review