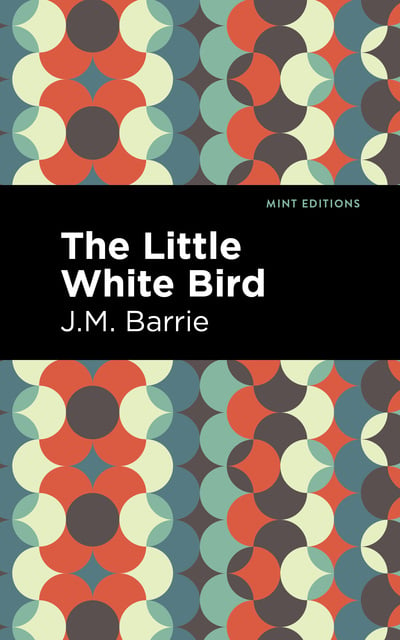 The Little White Bird (1902) is a novel by J. M. Barrie. Inspired by his friendship with George Llewelyn Davies, the grandson of writer George du Maurier, Barrie penned this heartwarming tale of imagination and adventure featuring for the first time his beloved character Peter Pan. Broken into short episodes, The Little White Bird follows Captain W. , a childless veteran, on his visits to David and his family in Kensington Gardens. Through their friendship, David receives an education in wonder, while the Captain learns what it could feel like to be a father. Set in Victorian London, the novel follows Captain W. on his long walks through the city. With no family of his own, he finds comfort in friendship with David, the son of a local governess.

Enchanted by the Captain’s vibrant imagination, David loves most of all his tales of Peter Pan, a magical boy who never grows old, who lives with fairies and never says no to adventure. One night, the story goes, a young girl is locked out of her house in Kensington Gardens past dark. Scared and cold, she finds safety with Peter and the fairies, who have gathered to celebrate life with a magnificent ball.

Written for children and adults alike, The Little White Bird was the book that started it all, launching Barrie’s career as a popular storyteller whose tales of the present day are filled with the wit and wonder of history’s greatest fairytales. With a beautifully designed cover and professionally typeset manuscript, this edition of J. M. Barrie’s The Little White Bird is a classic work of Scottish literature reimagined for modern readers.