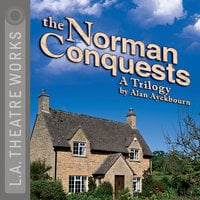 Alan Ayckbourn’s celebrated trilogy The Norman Conquests: three hilarious and poignant plays depicting the same six characters in one house over one weekend, focusing on Norman and his romantic follies.