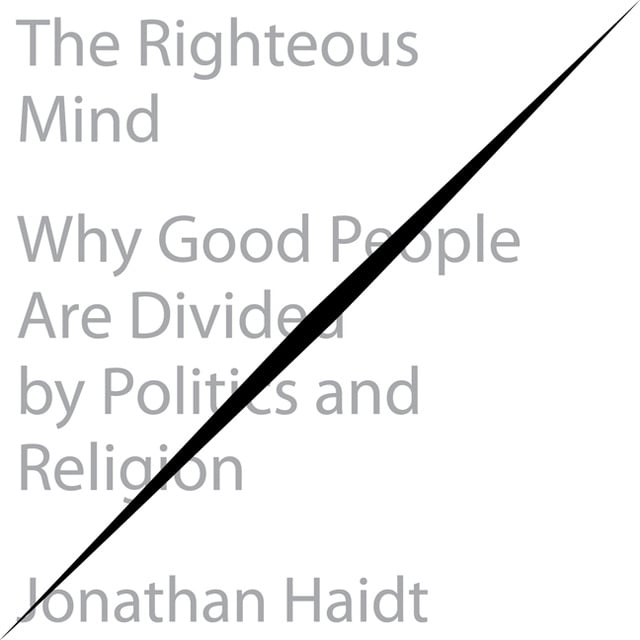 The Righteous Mind: Why Good People Are Divided by Politics and Religion

The Righteous Mind: Why Good People Are Divided by Politics and Religion

Why can't our political leaders work together as threats loom and problems mount? Why do people so readily assume the worst about the motives of their fellow citizens? In The Righteous Mind, social psychologist Jonathan Haidt explores the origins of our divisions and points the way forward to mutual understanding.

His starting point is moral intuition-the nearly instantaneous perceptions we all have about other people and the things they do. These intuitions feel like self-evident truths, making us righteously certain that those who see things differently are wrong. Haidt shows us how these intuitions differ across cultures, including the cultures of the political left and right. He blends his own research findings with those of anthropologists, historians, and other psychologists to draw a map of the moral domain, and he explains why conservatives can navigate that map more skillfully than can liberals. He then examines the origins of morality, overturning the view that evolution made us fundamentally selfish creatures. But rather than arguing that we are innately altruistic, he makes a more subtle claim-that we are fundamentally groupish. It is our groupishness, he explains, that leads to our greatest joys, our religious divisions, and our political affiliations. In a stunning final chapter on ideology and civility, Haidt shows what each side is right about, and why we need the insights of liberals, conservatives, and libertarians to flourish as a nation. 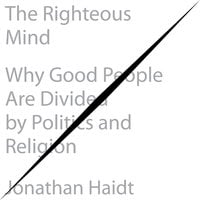