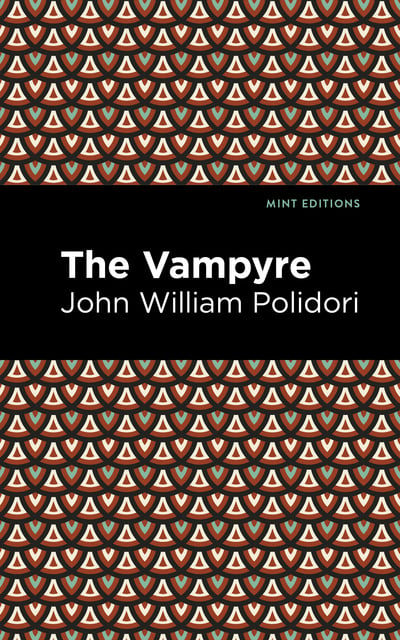 When Aubrey, a young Englishman, meets a mysterious man from London high society, Lord Ruthven, they become unlikely friends. Shortly after, Aubrey decides to accompany the noble on a trip to Rome. However, when a moral disagreement arises between the two, Aubrey decides to leave Ruthven in Rome, and goes off on his own. Arriving in Greece, Aubrey meets Ianthe, and the two share an immediate connection. After sharing stories and an evening together, Aubrey and Ianthe part ways for the night. However, after a devastating turn of events, Aubrey and Ruthven reunite, and Aubrey, ready to leave Greece behind, is happy to travel with the older man once again. But as they continue their travels, Aubrey slowly begins to notice Ruthven’s odd behavior. After even more consideration, Aubrey realizes a shocking pattern—nearly everyone that Ruthven comes in close contact to meets an untimely end. Afraid of his newly acquired knowledge, Aubrey attempts to distance himself from the suspicious man, though he is forced to reconsider his efforts when Ruthven expresses intent to marry Aubrey’s sister.

First published under Lord Byron’s name, The Vampyre rose to immediate commercial success. However, though he was inspired by a discarded piece of Lord Bryon’s work, both authors have since admitted that John William Polidori was the true writer of The Vampyre. Considered to be the first work of vampire fiction, The Vampyre had an immense role in shaping vampires as literary figures, influencing the canonical rules of vampires that many still follow today. First published in 1819, Polidori’s The Vampyre remains to be a thrilling and spooky read centuries later, and has since inspired both film and theater adaptations. With mystery and eerie suspense, Polidori’s work is an extraordinary example of 19th century gothic horror.