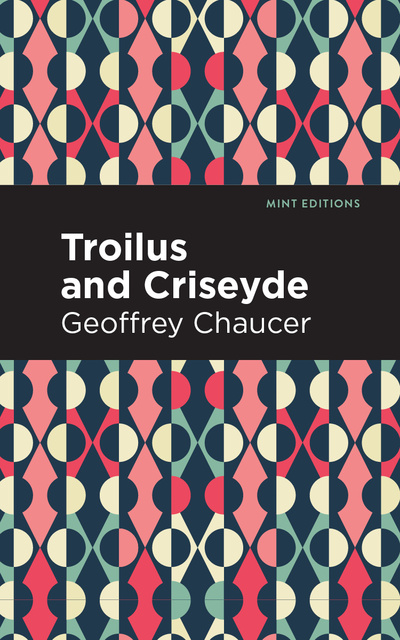 Troilus and Criseyde (c.1385) is an epic poem written by English poet Geoffrey Chaucer. Composed in Middle English, Troilus and Criseyde is the story of two lovers forced apart by the Greek siege of Troy. Often considered Chaucer’s finest work for its structural consistency and completeness, the poem adapts Homer’s Iliad and other ancient sources which expand on its tradition to tell a Christian moral tale about the importance of faith and the sacred nature of human love.

After mocking the god of love, Troilus—a Trojan warrior and the youngest son of Priam—is struck with desire for the beautiful Criseyde, the daughter of a prophet named Calchas. With her uncle Pandarus’ help, the two begin to exchange letters before consummating their love in secret. Meanwhile, Calchas—who has predicted the fall of Troy and abandoned the city to join the Greeks—is negotiating with both sides in order to facilitate the release of Antenor in exchange for his daughter, Criseyde. Although Troilus and Hector object to the plan, Criseyde is sent to the Greek camp. Despite promising to return to Troy and to remain faithful to Troilus, she secretly doubts herself, and is soon courted by the Greek hero Diomede. Troilus and Criseyde, a masterpiece of medieval literature, is a tragic story of desire, will, and the divine that continues to move readers centuries after it was written.

With a beautifully designed cover and professionally typeset manuscript, this edition of Geoffrey Chaucer’s Troilus and Criseyde is a classic of English literature reimagined for modern readers.