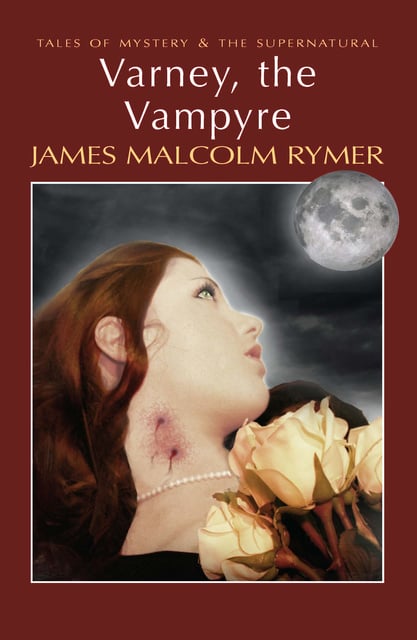 Bannerworth Hall, Hampshire. Midnight. The night is woken by screams, from the bedroom of the beautiful and noble-hearted Flora. To their horror, her family discover that she has been the victim of a murderous attack. The Bannerworths are about to lose their home, to pay the debts of their dead father. The hunt is for his missing gold on, but then they begin to have doubts about their repulsive, hissing new neighbour, Sir Francis Varney, who is so eager to purchase the hall - and to marry the fair Flora!

Their quest will take them from hall to charnel-house, and from village inn to deserted chancel. Can the Bannerworths - aided by Flora's fiance Charles Holland, Charles's uncle Admiral Bell, and the indomitable British Tar, Jack Pringle - defeat their terrible foe? and can they decipher the strange letter left by old Marmaduke Bannerworth, that seems to promise so much?

Varney, the Vampyre, is one of the greatest of the Victorian penny romances, by one of its finest exponents -- the inimitable James Malcolm Rymer. First serialised between 1845 and 1847, it is one of the world's most enjoyable reads. It is also one of the major sources for Stoker's later masterpiece, Dracula.