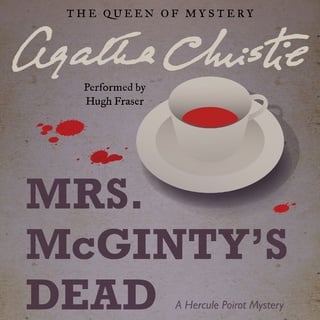 Mrs. McGinty died from a brutal blow to the back of her head. Suspicion falls immediately on her shifty lodger, James Bentley, whose clothes reveal traces of the victim’s blood and hair. Yet something is amiss: Bentley just doesn’t seem like a murderer.