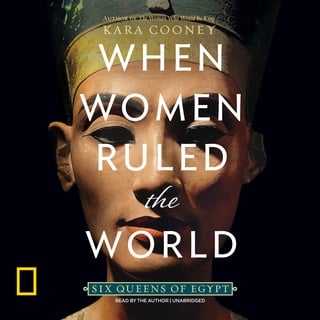 Female rulers are a rare phenomenon—but thousands of years ago in ancient Egypt, women reigned supreme. Regularly, repeatedly, and with impunity, queens like Hatshepsut, Nefertiti, and Cleopatra controlled the totalitarian state as power-brokers and rulers. But throughout human history, women in positions of power were more often used as political pawns in a male-dominated society. What was so special about ancient Egypt that provided women this kind of access to the highest political office? What was it about these women that allowed them to transcend patriarchal obstacles? What did Egypt gain from its liberal reliance on female leadership, and could today’s world learn from its example?

The Egyptian Book of the Dead: The Papyrus of Ani in the British Museum

Mountains of the Pharaohs: The Untold Story of the Pyramid Builders

The Lost Empire of Atlantis