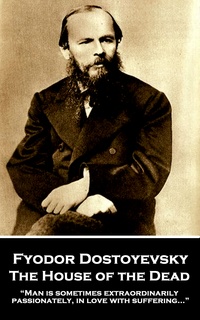 He was introduced to literature very early. At age three, it was heroic sagas, fairy tales and legends. At four his mother used the Bible to teach him to read and write. His immersion in literature was wide and varied. His imagination, he later recalled, was brought to life by his parents’ nightly readings.

Dostoyevsky and his brother were now enrolled at the Nikolayev Military Engineering Institute, their academic studies abandoned for military careers. Dostoyevsky disliked the academy, his interests were drawing and architecture.

His father died on 16th June 1839 and perhaps triggered Dostoyevsky’s epilepsy. However, he continued his studies, passed his exams and obtained the rank of engineer cadet.

Dostoyevsky's first completed work was a translation of Honoré de Balzac's novel Eugénie Grandet, published in 1843. It was not successful. He believed his financial difficulties could be overcome by writing his own novel. The result was ‘Poor Folk’, published in 1846, and a commercial success.

His next novel, ‘The Double’, appeared in January 1846. Dostoyevsky now became immersed in socialism. However, ‘The Double’ received bad reviews and he now had more frequent seizures. With debts mounting he joined the utopian socialist Betekov circle, which helped him to survive. When that dissolved he joined the Petrashevsky Circle, which proposed social reforms. The Petrashevsky Circle was then denounced and Dostoyevsky accused of reading and distributing banned works. Arrests took place in late April 1849 and its members sentenced to death by firing squad. The Tsar commuted the sentence to four years of exile with hard labour in Siberia.

His writings on these prison experiences, ‘The House of the Dead’ were published in 1861.

In Saint Petersburg that September he promised his editor he would deliver ‘The Gambler’, a novella on gambling addiction, by November, although work had yet to begin. It was completed in a mere 26 days.

Other works followed but a different approach helped immensely. In 1873 ‘Demons’ was published by the "Dostoyevsky Publishing Company". Only payment in cash was accepted and the bookshop was the family apartment. It sold around 3,000 copies.

However, Dostoyevsky's health continued to decline, and in March 1877 he had four epileptic seizures. In August 1879 he was diagnosed with early-stage pulmonary emphysema. He was told it could be managed, but not cured.

On 26th January 1881 Dostoyevsky suffered a pulmonary haemorrhage. After the second the doctors gave a poor prognosis. A third haemorrhage followed shortly afterwards.

Fyodor Dostoyevsky: The Complete Novels ( A to Z Classics )

Fyodor Dostoevsky, A to Z Classics

Fyodor Dostoyevsky: The Complete Novels ( A to Z Classics )

Fyodor Dostoevsky, A to Z Classics

8 Classic Russian Novels You Should Read