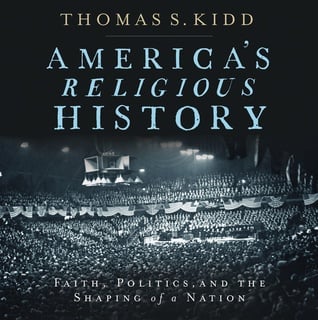 Автор: Thomas S. Kidd
Разказвач: Tom Parks
Формат: Aудиокнига
10ч. 16мин.
Английски
In the post-9/11 world, it is not difficult to see how important religion remains in America and around the globe. An older generation of scholars expected that America and the rest of the Western world was headed inexorably toward secularization and the end of religion. America is undoubtedly secular in many ways, and our constitutional order requires a clear distinction between faith communities and government. Yet from the colonial era to the present, American men and women have been, and have remained, a pervasively religious people.

In America's Religious History, leading historian Thomas S. Kidd traces the theological and ethnic diversity and enduring strength of American religion, with special attention to Christianity and evangelical faith. Interweaving religious history and key events from the larger narrative of American history, the book considers how faith commitments and categories have shaped the nation.

The Gospel According to Paul

The Journal of John Wesley

Bad Religion: How We Became a Nation of Heretics

Institutes of the Christian Religion

The Lost Gospel: Decoding the Ancient Text That Reveals Jesus’ Marriage to Mary the Magdalene