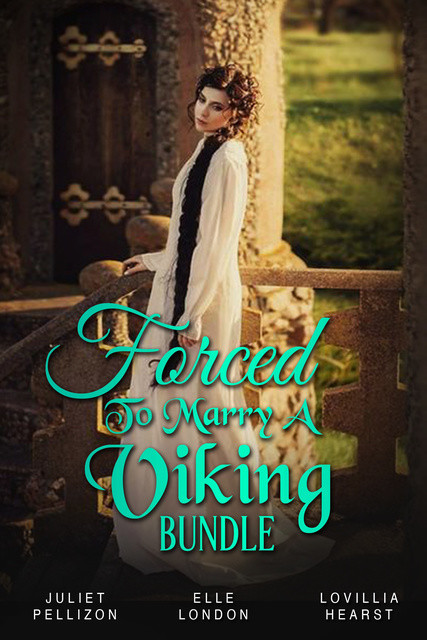 Forced To Marry A Viking Bundle

Forced To Marry A Viking Bundle

This arranged marriage bundle is full of rugged, muscular alpha males in love and lust.

Captured And Ravaged By The Vikings

Elizabeth is a woman of good standing, daughter to the Duke of Saxton. Not that it means anything to the Vikings she finds herself in the hands of. Elizabeth is an innocent, untouched woman who's life changes as soon as she's captured, and fantasies she always repressed are suddenly brought back to life by the group she's taken by. She will be taken rough, unprotected, and by multiple men as she leaves her old life behind and gives in to the overwhelming pull of her own carnal desires.

Dominated By The Viking

When a Viking horde takes control of her seaside village, Gwen fears they will bring suffering to all. That turns out not to be true, and it quickly becomes clear that the muscular men have other ideas. When three take up residence in her home, she becomes their cook... although it's more than good food they want from her.