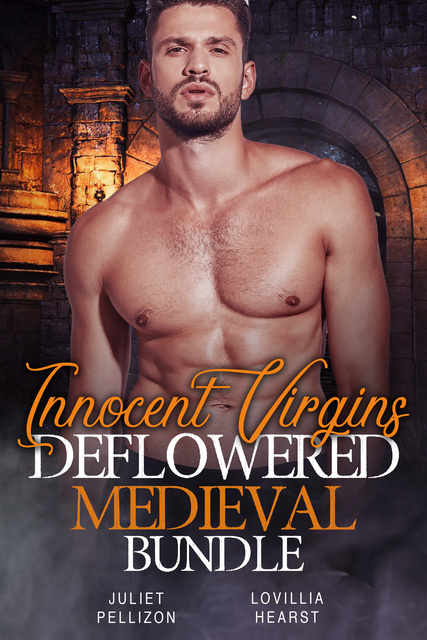 These sexy knights take maiden's virginities, in a time before condoms or hesitation! Only historical erotica with rough, dominant & insatiable knights were selected for this collection. Contains themes of defloration.

Defiled By The Knights

A young noblewoman secretly arranges a meeting with a handsome, muscular knight visiting the town she resides in. She knows the man lusts after her and even though she denies her feelings, the effect that he has on her is obvious. When his fellow knight stops by she is shocked to find out that her desires are no secret to them, and they're willing to take advantage...

Tristan will do his best to control, charm and manipulate Tara until he gets what he wants and dominates her completely... can Tara resist the charms of the knight who saved her, or will her knight in shining armor take her virginity with the same force that he takes the life of his enemies on the battlefield?

Sir Godfrey rides into town as a valiant, victorious knight - but after 9 months on a campaign with no company but other men, he can barely think about the bag of gold and praise from the king that await him... And he has a bag of his own to unload.

The king's daughter is a chaste and submissive young woman, a woman the king would never allow any man to touch before marriage - but riding the high of victory, and driven mad by lust, Sir Godfrey is willing to do whatever it takes to dominate her, and make her his own.

A Virgin Rite Night With The Knight

The medieval code of honor requires that Bridgette’s family give a passing knight bed and board for the night when he asks for it. Bridgette knows that the muscular knight has not seen a woman during his long journey back to Camelot, and she can’t help but feel his eyes undressing her. Since she's supposed to stay caste, she ignores her own desires. When her cheap father asks her to share a room with the knight to make room for an already booked paying traveller, she pretends to be asleep… That is, until a rough hand wakes her up with it’s strong, calloused grasp on her smooth skin.