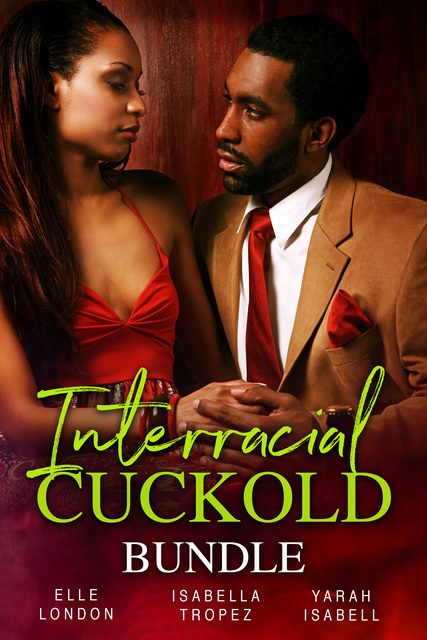 This explicit collection contains the following titles, that are all about unprotected interracial affairs - with no pulling out.

Elizabeth is a woman of good standing. Married to a politician, she spends most of her time caught up in the repetitive life that's expected from her husband, and nothing exciting happens to break the monotony she experiences every day. That is, until she's grabbed and dragged onto a pirate ship by force, to be held for ransom. Days aboard the ship don't have the effect on her she thinks it will, and soon she finds herself enjoying her time with her captors. When it's time for her to be exchanged back to her husband, she's faced with a choice - does she give into her desires for the first time in her life and let the pirates do whatever they want to her, or does she run back to her husband like a good wife? Or both?

Violated By The Builders

It's Mark and Kelsey's 10th anniversary, and they decide to get their house renovated to celebrate. However when an unavoidable expense comes up and they can't pay their two builders Joe and Bobby, they need to think up something fast. Joe's an older Italian man, and Bobby is a muscular and massive African American. Kelsey is a white, petite, seemingly innocent housewife. Mark will find out just how innocent Kelsey isn't when she offers herself up for payment and makes him watch as she's stretched out and degraded with no protection for everyone to see!

Violated By The Sheikhs

Vanessa is caught in-between two incredibly powerful men, Sheikh Saleem and Sheikh Bilal. They always compete against each other, so when they both take a liking to the beautiful - and married - casino employee, they decide to make a bet right then and there to see who can bed her the fastest. One Sheikh pursuing a woman is a force to be in awe of, but both of them combined make it very hard for Vanessa to resist. Vanessa will have to choose between staying faithful to her husband, or letting the sexy Sheikh brothers ravage her in every way at the same time.