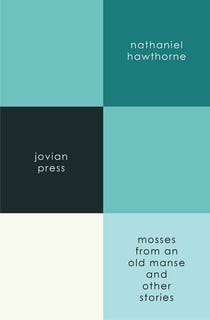 Autor: Nathaniel Hawthorne
Formato: Disponible como libro electrónico
Inglés
Many of the tales collected in Mosses from an Old Manse are allegories and, typical of Hawthorne, focus on the negative side of human nature. Hawthorne's friend Herman Melville noted this aspect in his review about Hawthorne and His Mosses: "This black conceit pervades him through and through. You may be witched by his sunlight,—transported by the bright gildings in the skies he builds over you; but there is the blackness of darkness beyond; and even his bright gildings but fringe and play upon the edges of thunder-clouds."

William Henry Channing noted in his review of the collection, that its author "had been baptized in the deep waters of Tragedy", and his work was dark with only brief moments of "serene brightness" which was never brighter than "dusky twilight".
Editorial: Jovian Press
Publicado: 2017-12-13
ISBN: 9781537816494
Inglés
Categoría: Clásicos
Novelas históricas

Ancient Monuments of the Mississippi Valley

The Bride Of Lammermoor

The Way of an Indian (Western Classic)

Hung Lou Meng, or, the Dream of the Red Chamber

Deerfoot in The Mountains

The Prairie: A Tale

The Maid of Orleans: A Tragedy

The Life of Rossini

The Huron: Pupil of Nature

The Mysteries of Mithra