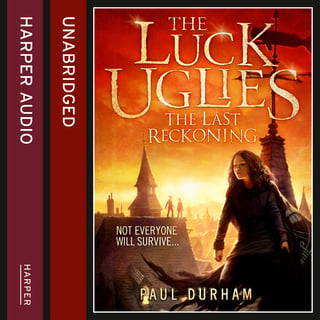 “The Luck Uglies has it all: a feisty heroine, monstrous creatures, and a brimful of humor, and horror, to keep the readers turning the pages.” Joseph Delaney, Author of the Spook’s Apprentice series

Rye feared her father, Harmless, might be lost forever after he was driven into the forest Beyond the Shale by his deadly enemy Slinister Varlet. Now Slinister is making moves to claim leadership over the Luck Uglies. Can Rye find her father, save her village and put an end to the fighting for good?

The Curse of the King

Clash of the Worlds