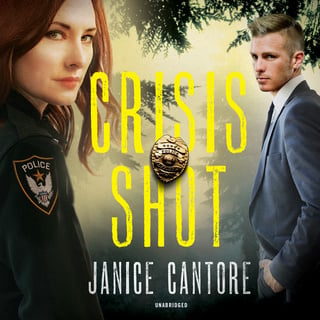 Kirjailija: Janice Cantore
Lukija: Alice Anne English
Formaatti: Äänikirja
9T 34M
Englanti
3,64
Tess O’Rourke dreams of becoming the first female chief of police in Long Beach, California. As commander of the East Division, she is well on her way … until the night she responds to an officer-needs-assistance call and fatally shoots an unarmed teenager. Despite being cleared of wrongdoing by a grand jury, Tess is so hounded by the public that she takes a job in Oregon to escape the bad press.

Winning over the residents of Rogue’s Hollow might be more difficult than adjusting to her new role as police chief in the small backwater town—especially when her closest friend, the pastor’s wife, goes missing and the woman’s cousin is found shot. Tess finds an ally in sheriff’s deputy Steve Logan, but as they track down Rogue’s Hollow’s first murderer, she worries that she’s breaking one of her rules and getting too close to him.
Lisätietoa äänikirjasta:
Julkaisija: Two Words Publishing, LLC
Julkaisuvuosi: 2017-09-05
ISBN: 9781538435496
9T 34M
Englanti
3,64
Kategoria: Romantiikka
Sarja: The Line of Duty: 1

Sins of the Past