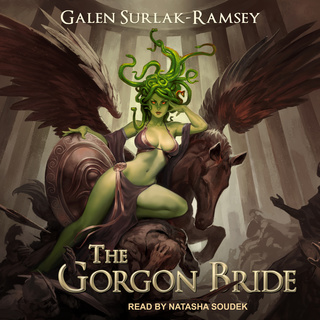 Kirjailija: Galen Surlak-Ramsey
Lukija: Natasha Soudek
Formaatti: Saatavilla äänikirjana
10T 7M
Englanti
3,39
The gods are funny . . . except when you piss them off. Then they suck. They really, really suck. Alexander Weiss discovers this tidbit when he inadvertently insults Athena, Goddess of Wisdom, and she casts him away on a forgotten isle filled with statues.

Being marooned is bad enough, but the fact that the island is also the home of Euryale, elder sister to Medusa, makes the situation a touch worse. The only thing keeping Alex from being petrified is the fact that Euryale has taken a liking to the blundering mortal. For now.

Rise of the Gorgon

The Flaw in All Magic

The (sort of) Dark Mage

Three Mages and a Margarita