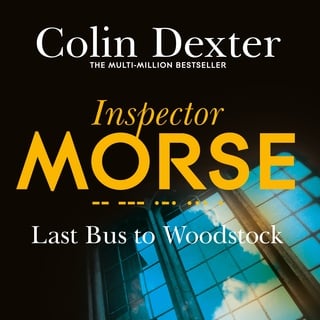 'Do you think I'm wasting your time, Lewis?'
Lewis was nobody's fool and was a man of some honesty and integrity.
'Yes, sir.'
An engaging smile crept across Morse's mouth. He thought they could get on well together . . .'

The death of Sylvia Kaye figured dramatically in Thursday afternoon's edition of the Oxford Mail. By Friday evening Inspector Morse had informed the nation that the police were looking for a dangerous man – facing charges of wilful murder, sexual assault and rape.

But as the obvious leads fade into twilight and darkness, Morse becomes more and more convinced that passion holds the key . . .

The Silent World of Nicholas Quinn

This Body of Death

Too Good To Be True

With No One As Witness