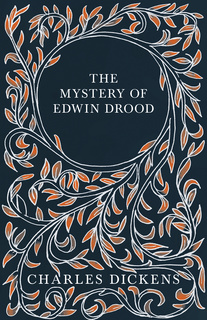 Author: Charles Dickens, G.K. Chesterton
Format: As e-book
English
Charles Dickens's last and unfinished novel, “The Mystery of Edwin Drood” was originally published in 1870. When Dickens died in 1870, just six of the intended twelve chapters had been completed, with no remaining plan or indication to how the story should continue. Despite this, numerous other writers have tried to complete the novel. The story revolves around the titular character's uncle, John Jasper, an opium addict and choirmaster who falls in love with his student and nephew's fiancée, Rosa Bud. Rosa, however, has also attracted the attention of one Neville Landless, whom Edwin immediately dislikes. Charles John Huffam Dickens (1812–1870) was an English writer and social critic famous for having created some of the world's most well-known fictional characters. His works became unprecedentedly popular during his life, and today he is commonly regarded as the greatest Victorian-era novelist. Although perhaps better known for such works as “Oliver Twist” or “A Christmas Carol”, Dickens first gained success with the 1836 serial publication of “The Pickwick Papers”, which turned him almost overnight into an international literary celebrity thanks to his humour, satire, and astute observations concerning society and character. This classic work is being republished now in a new edition complete with an introductory chapter from “Appreciations and Criticisms of the Works of Charles Dickens” by G. K. Chesterton.
More info about the ebook
Publisher: Read & Co. Books
Published: 2020-05-01
ISBN: 9781528789660
English
Category: Classics

The Haunted Man & The Ghost's Bargain

The Haunted Man and the Ghost's Bargain

The Battle of Life

The Body in the Library

Death on the Nile

The Adventure of the Crooked Man

7 short stories that Aries will love